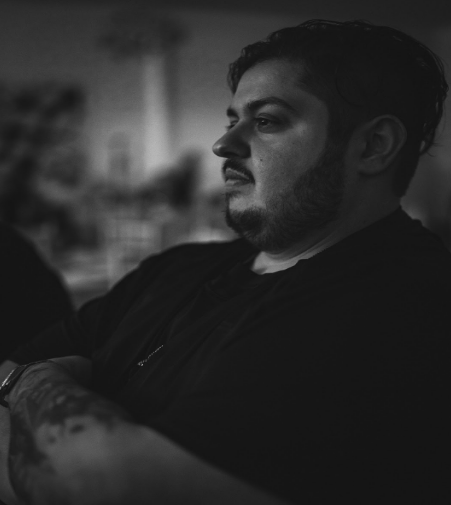 “MARVEL” Ling At His Digital Art, A-listers From The Entertainment applauds Kode Abdo for his fascinating work.

By: Steven A. Vazquez
In: Digital art
Tagged: digital art

There are tons of talented beings around the world who make sure to fascinate everyone with their work in their respective industries. However, a few of them stand out from the rest for several reasons. This, of course, is easier said than done, but these individuals and professionals give it their all and make sure to keep innovating in their chosen niches to turn their big into a bigger one. Doing just that and more in the art world is an incredibly talented digital artist named Kode Abdo, who believed in who he was, gave it his all, and became the success story he is today as a well-known Australian digital artist. .

Born on August 6, 1984, Kode Abdo is better known in the industry as Bosslogic (@bosslogic), and his artwork, aimed more at the entertainment industry, has enchanted the world. He is loved and respected not only for the type of clients he has won over the years, but especially for the impressive digital work he has created in his career thus far. Each of his creations is different from each other, which is one of the reasons for his rising name in the industry. Moreover, his ability to tell a story with each of his creations took him to the forefront of the industry in no time.

Beginning his journey at the naive age of 6 with drawing to becoming a digital artist, he has come a long way. Using digital tools and graphics in the world of entertainment including movies, comics and video games and his immense interest in all current trends on the internet, he went from creating superhero-inspired mashups using Adobe Photoshop to create official posters of the greatest movies like Avengers: End Game and Aladdin and now recently The Batman. Kode Abdo reached the next level of success when he was personally approached by none other than Dwayne “The Rock” Johnson for his upcoming 2022 adventure/fantasy film titled Black Adam. However, Kode Abdo’s collaboration with the star directors, the Russo Brothers of the Marvel, amazed people all over the world and developed more intrigues in them to know more about his genius in digital art. He also successfully runs his brand and studio Lineage Studios based in New York, USA.

Jake Gyllenhaal had also approached him to create a poster for Sea Wall/A Life; his Broadway play and his name were even discussed by him and Jimmy Fallon on The Tonight Show. Kode Abdo’s formula for creating innovative digital posters is quite simple, where he takes a casting rumor or an announcement about a new superhero movie and brings the same to life with his Photoshop skills.

Today, Kode Abdo has gained a long list of clients, including several celebrities and entertainment personalities. It aims to create more fascinating digital art in the years to come.

ⓒ 2021 TECHTIMES.com All rights reserved. Do not reproduce without permission.