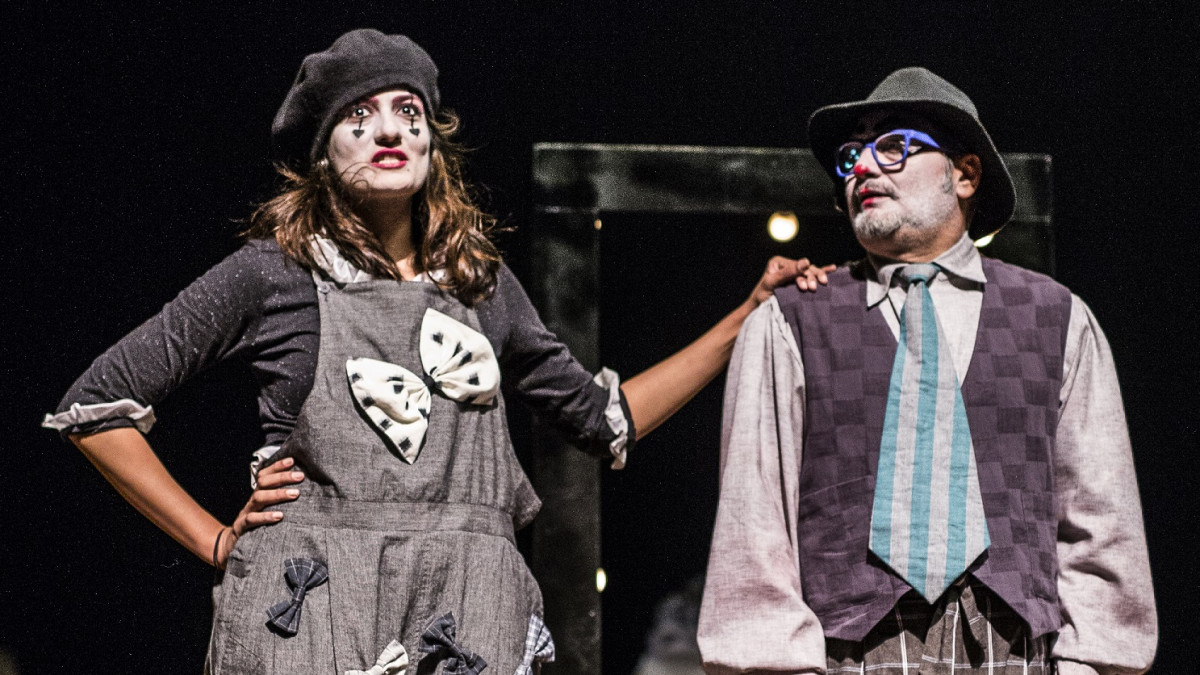 How the pandemic has affected artists and live performances

By: Steven A. Vazquez
In: Digital art
Tagged: digital media

From art stages and galleries to digital galleries, artists will always find a way to tell their stories.

The drumbeat of live music concerts, the connection with the public of stage performances, the Covid-19 has killed everything. Everyone’s life has come to a halt due to the pandemic and the art industry, including performance art, theatre, film and television, is no different. While projects that were already greenlit before the pandemic managed to complete filming, creating COVID-safe bubbles, very few new projects took off.

Speaking about the live performances affected by the pandemic, Rajit Kapur, who was recently seen in SonyLIV’s ‘Rocket Boys’, said, “I miss the stage a lot. The stage has been really affected and I would say not just theatrical performances, but any form of live entertainment, be it a play, a musical performance or a dance performance, everything has been hit hard. It’s not just the financial loss that’s very apparent and obvious, but it’s also a cultural loss because performing on stage is also about interacting with the audience. Even with fifty percent capacity, people are afraid to come and see live shows. It’s sad that all creative interactions happen through phones and iPads. Theater going digital is a compromised art form. It can’t be the same as live performance. Live interaction simply cannot be replaced.

LGBTQ activist, filmmaker and organizer of the KASHISH film festival, Sridhar Rangayan says: “We had so many dreams, we had to start so many projects. Everything is on hold right now. We were to launch production on two new feature films – ‘Songs of Eternal Love’, an Indian-American love story between a Jewish-American teacher and an Indian Muslim singer; and also, a sequel to our hit film Evening Shadows. We were also planning to launch production on two documentaries – a sequel to our award-winning film ‘Breaking Free’, as well as a documentary on ‘Sweekar – The Rainbow Parents’, the support group for parents of LGBTQ+ children. Tell me, who will let us into their home to question them, when everyone is afraid of the virus?

Rangayan explains that even though they lost a significant number of audiences who came to the festival on the ground to mingle and celebrate the community spirit that is so evident in every KASHISH, they managed to gain new audiences not only in India but across the world. . They were thrilled to be able to watch the latest LGBTQ+ movies sitting in the comfort of their own home across the seven seas. However, in 2021, the viewership numbers have dropped as the novelty of online events has worn off and everyone now wants to participate in on-court events again. Additionally, for many LGBTQ+ audiences who stay with their families, it’s difficult to publicly access these events online, especially if they haven’t come out yet.

The adrenaline rush that one experiences before the first performance of a play is something that theater artists live for. Although digital performance is an art in itself. It can never replace theatre, just as theater can never replace what digital media has to offer. Mahesh Dattani, Indian director, actor, playwright and writer says: “Theatre is the parent of all other forms of storytelling. A parent is irreplaceable. As our lives increasingly disintegrate with isolation, uncertainty and the emptiness of human contact, theater offers us all aspects of human connection, physically, socially, culturally and the ideological plane.

Things are tough not only for actors, directors and writers, but also for people who depend on theater for their livelihoods. Technicians, scouts, sound designers, set designers, game organizers, stage management assistants are all struggling as theaters can no longer operate as before and only open with 50% capacity. Actor Aahana Kumra says, “The pandemic has impacted the livelihoods of the backstage team and people who rely heavily on theater for their income. In any case, theater has never been a lucrative source of income in India and has never been able to pay all the bills. Artists pursue theater out of a passion, but when theater companies were in place, they helped generate income for those whose kitchens operated solely from what they earned from theater.

Life has become more difficult for theater artists and running a theater company without any income is not easy for Makarand Deshpande, writer, actor and director. He explains: “Initially it was the virus that worried us all, but now the economy has taken center stage and the plays have come to a standstill. There are a lot of uncertainties, we also don’t know if we will be able to afford it or not while the rules state that we can only allow 40-50% people in the rooms. Sometimes I feel helpless, but you can’t hold anyone responsible for this.

Deshpande believes there are many limits to restarting natak in a whole way. He explains, “Even if the plays start, I don’t think people will have the money in their pockets to afford it. It’s an expensive business for us to run theaters with only 50% attendance and raising ticket prices won’t work either, because now no one has the money to afford it.

Theater artist and actor Aahana Kumra says, “The relationship you build with an audience is amazing and personal. I know people who have been watching their favorite play for over ten years. That connection and that connection that you can’t get on digital medium when you’re performing cover songs and never completely following your instincts and a vision of your own. I think theater is an actor’s medium and it becomes impossible to create that kind of intimate space on OTT or in the cinema for yourself or the audience. 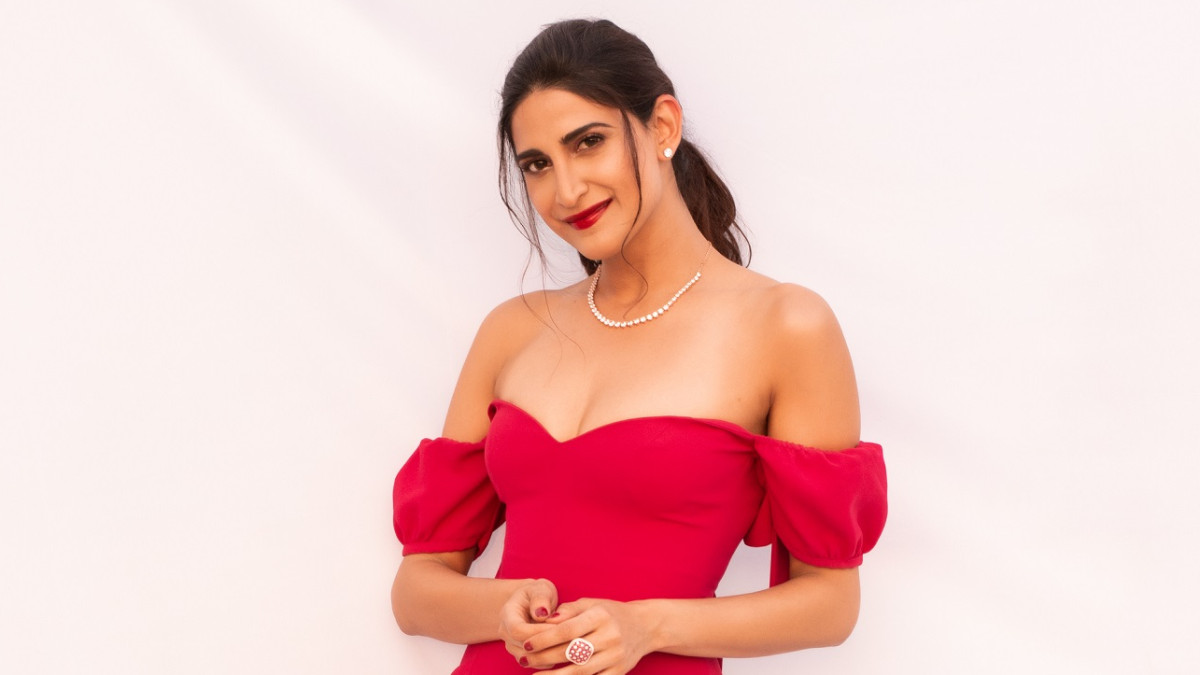 Plays are going through a tough time, but acting has never been a flourishing job. For the artist, the theater is a passion. Performing artists have always struggled. Actor Vinay Pathak says: “Raag manch ke bhavishya ki joh baat kaarta hai, hum toh hamesha sehi ghisatthe rahe hai. Lekin hum usi mein aapni kaala banata hai (If we talk about the future of plays, performing artists have always struggled. But we create our craft in all these difficulties and in all that we have). That’s the charm of this medium, you have to get your hands dirty. It’s an art form and there are so many different variables like so many other art forms. And I’m sure and hope that we will find new ways to exist and thrive. We will create ways to tell our stories. It’s my faith in the medium.

It was a struggle with the budget as expenses also increased with filmmakers and producers. Filmmaker and producer Tanuja Chnadra says, “Last year I was in production for my first web series. Because of Covid-19, we had soft preparation for a while and could only manage two months of proper preparation for the show. With many guidelines in place, we had fired exactly half when the second wave hit and we had to stop our work. »

Chandra recounts, “During filming, the crew size had increased as there was a team in place to ensure COVID protocol was followed. And budgets obviously increased because there was no room sharing in outdoor locations and only three people in a vehicle.

Several major art exhibitions have also been cancelled. Reinventing visual art digitally was no easy task. For multidisciplinary contemporary artist Seema Kohli, the art scene seems to be improving from what she’s seen over the past two years. “It’s a lot slower, but you see people preparing, realizing that we would be facing these situations more often now. Some of the other viruses will still be present in the new world. People have become accustomed to this way of life. Most of us have been affected directly or indirectly. I had a few shows scheduled that got postponed. I hope to see them happen now, as the situation improves. As in all other areas, we grow intellectually through travel, communication, human ties that pass through physical presence. I missed my travels and my friends.

Kholi explains that as artists, most of the work is done in isolation; studio apartments, so staying indoors was not forced. But the galleries suffered a major setback as they faced a lot of uncertainty. She adds: “The art market, like all other markets, has gone virtual. Many other opportunities have opened up. We lost a lot and also learned and gained new possibilities. So, we can say that if the pandemic was the worst of times, it was also the best of times. It’s time to change, professionally and emotionally too. The world has changed and we have changed as a race, hopefully for the better. But we are still struggling. »