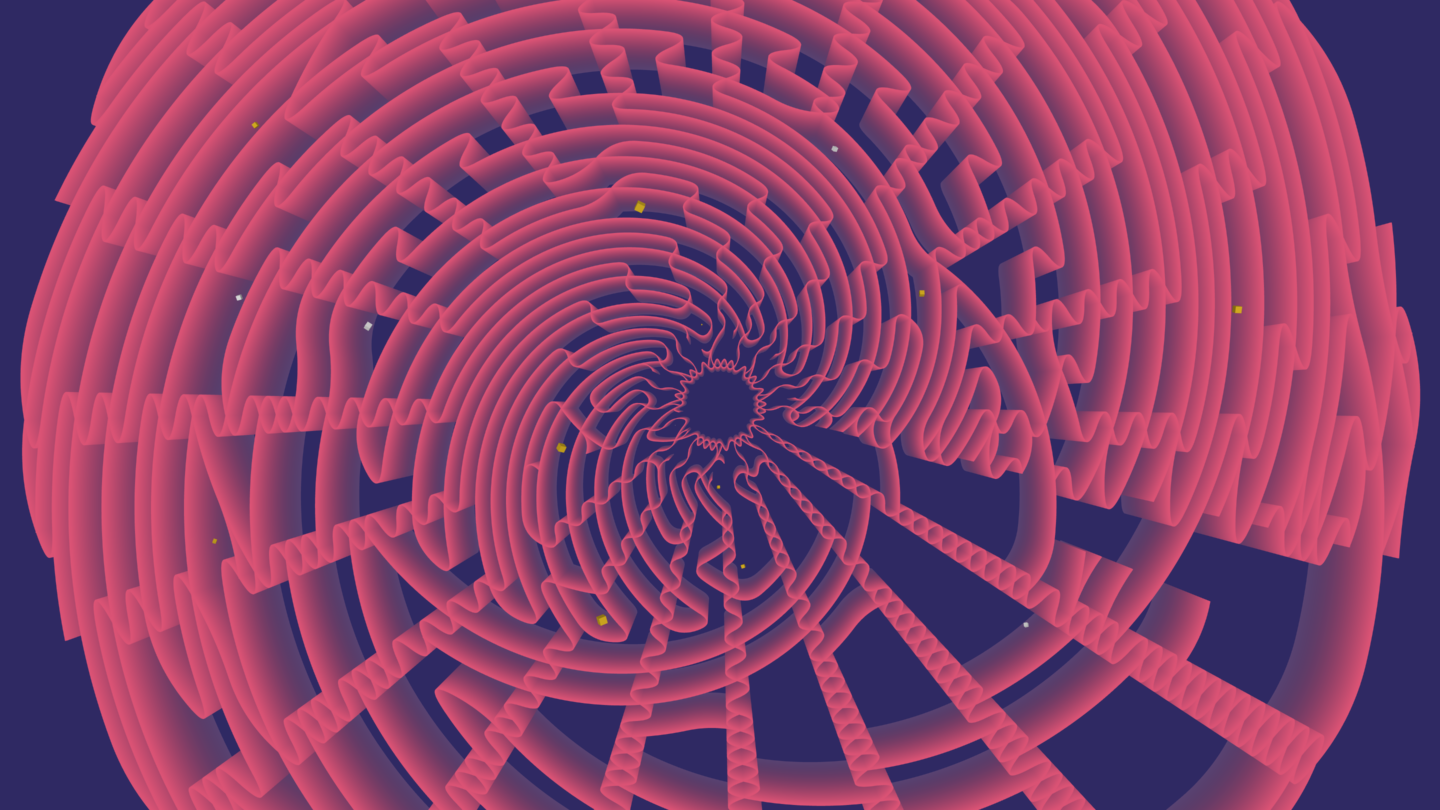 Pilcher kicked off the conversation with a brief primer on how NFTs work in the art world. “NFTs are non-fungible tokens. So basically… if you think about a painting and how after the painting is finished the artist will sign their signature in the corner, using an NFT is kind of like digitally signing your work. And you do it on the blockchain, which creates an infallible record that can be traced in the future and is in public view,” Pilcher explained. “It allows artists working in digital media … a way to prove ownership of their work, to prove it’s an original, and then also monetize that work in the future.” At “DIGATL”, NFT artwork enters physical space, showing how computer-generated art can be displayed, experienced and purchased in more traditional gallery environments.

“Inside the exhibition, we have large-scale projections. We have these interactive installations which are influenced by the movements and the presence of the spectators in the space. We have VR,” Pilcher continued, “And then we have an entire section devoted to NFT artwork. These coins can be purchased off the wall. A key feature that distinguishes NFTs from traditional physical art is the cryptocurrency format requirement for trading in the art market. Crypto holders interested in buying art from “DIGATL” can scan a QR code next to the artwork with their phone and purchase artwork with their crypto wallet. “One hundred percent of the profits go to the artist who created the work. ‘DIGATL’ does not take any sort of percentage or commission from this,” Pilcher added.

Shivdasani is a star artist who works in the medium of “generative art”. He defined this term as a work of art where “the artist creates a system in which another force – nature, gravity, light, heat – plays a role in the result. Generative digital art, it’s usually when artists use code and write a concept, but random processes determine the specifics of each release, so you might run the code a thousand times and see different releases. The three pieces he exhibits at “DIGATL ” were made this way, resulting in brightly colored gestural shapes, bending a fine line between pattern and chance. “What I like to play with is this idea that if you have a predictable and you disturb it in a minor way, you’ll actually get some sort of organized emergent behavior; that’s not what you might expect,” Shivdasani said.

McManus showcases his digital works in the show – kaleidoscopic bursts of color and shape, with components suggesting jewelry, metal and architectural features. She explained, “I like the aspects of the Strange Valley – so things that look like they’ve been there before, but something about them is a bit off. I also get a lot of inspiration from architecture and vegetation in general, and anime is very important to me… Honestly, a lot of that comes from dreams I’ve had.

In addition to the striking static images on display, visitors can don VR headsets to enter immersive virtual worlds. “There’s one from an artist named Violet Forest, and it’s called ‘Sparkle Hands.’ make a place more beautiful through the power of this virtual headset,” Pilcher said. Other virtual reality experiences include a choreographed dance piece in which headset users, masked by unique avatars, can participate with partners and a 360-degree psychedelic wonderland for visitors to explore.

“DIGATL” remains on display at Metro Atlanta through June 30. Tickets and more information are available at www.atlnft.art.