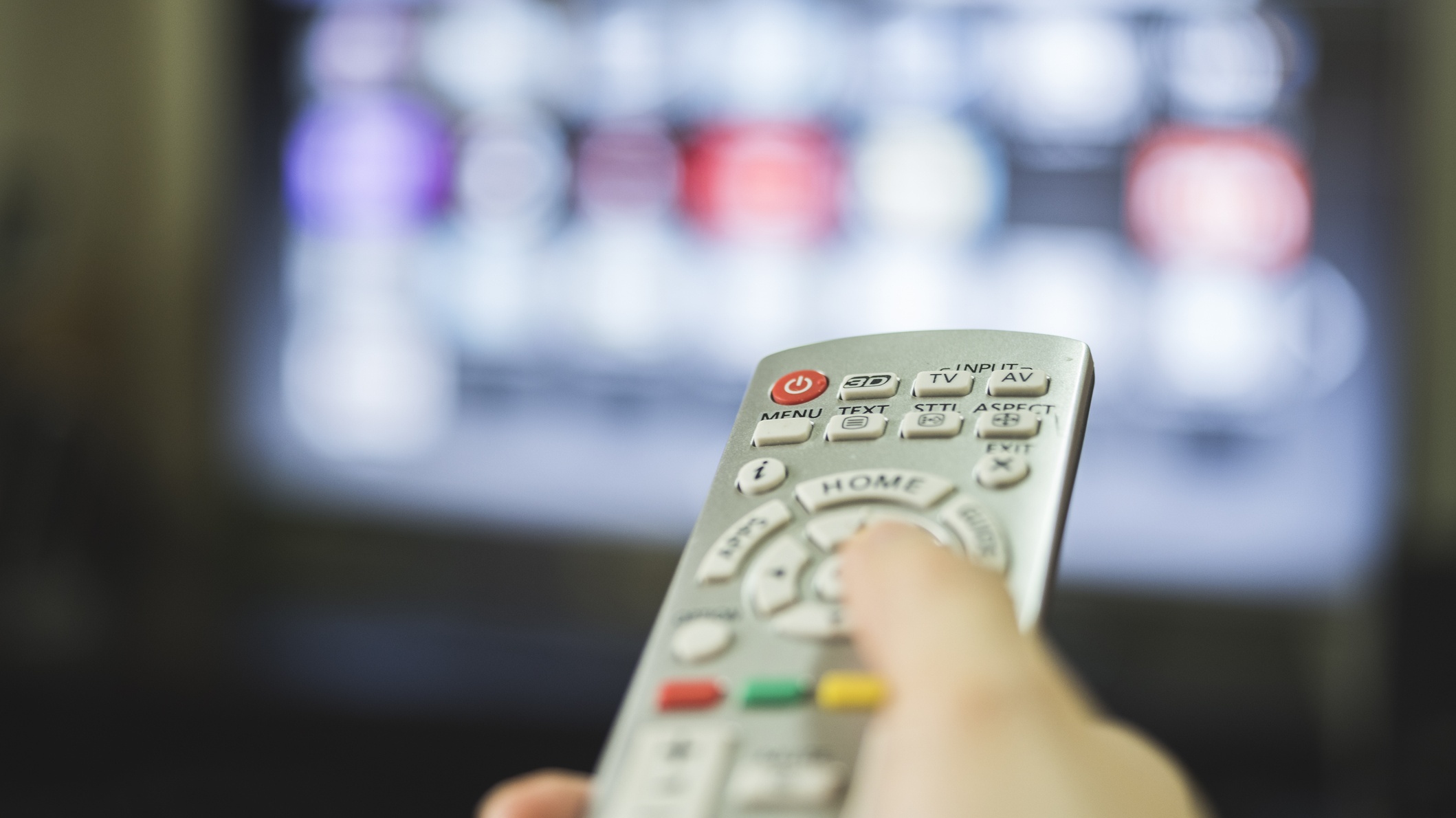 Digital media has changed advertising and not for the better

Advertising has been around for a very long time. The ancient Egyptians scribbled sales messages on papyrus. The ruins of Pompeii feature ominous signs directing its citizens to brothels and bars in the same way McDonald’s might alert you to a nearby restaurant today.

It has transformed along the way, of course, not only to keep pace with consumer tastes or a changing legislative framework, but also to harness the media and technology of the day.

Laurence Green, Independent Creative Advisor and Founder of Fallon London and 101, joins us for an in-depth discussion of current creative trends and executions. Listen now:

The last 50 years have been marked by two major inflection points in this regard: the birth of commercial (and color) television on the one hand, and the birth of the Internet and the “digital revolution” on the other. .

The first of these – dating back to the late 1960s and early 1970s, a period roughly covered by the Mad Men TV show – profoundly changed the way we produce and consume advertising.

The second – typically attributed to the 2000s, with the arrival of Google, Facebook, and YouTube in 1998, 2004, and 2005 respectively – changed advertising just as drastically, this time as part of a much larger story of digital disruption. .

From today’s perspective, it is clear that these respective technological advancements ushered in radically different advertising cultures.

The first heralded an era when advertising was relatively popular, or at least commonly tolerated as the “price” of receiving free television. Advertising remained in a relatively limited supply, strongly biased towards audiovisual media, and therefore towards shared (or community) consumption, whether for a beer advertising poster or for a political one. It has become a common language and a cultural touchstone.

The second inflection point initially seemed complementary to the status quo but soon proved to be competitive. Some broadcasting habits have remained (most evident in TV, albeit with generally small audiences), but recent years have seen the unstoppable rise of custom media powered by algorithms, as anyone who has been hounded knows. on the Internet.

The kings of new advertising business are like Google and Facebook, with their overwhelmingly dominant positions in the industry. The disruptors were disturbed and something valuable was lost along the way.

During the 1980s and 1990s, creative standards in advertising were high, albeit uneven. The fortunes of the agencies followed their exhibition films. The brains of the media were seated at the same table as the creatives. Customers were rewarded with stronger brands and higher sales.

The advertising ecosystem was therefore benign for its many players, and in particular the consumer public, whose media habits were co-financed with a minimum of personal intrusion.

These conditions remained in place when we opened the London office of creative Minneapolis hotshop Fallon McElligott in 1998.

The Skoda brand had become a figure of fun in British tabloid circles. You can still find the Skoda jokes online

Three of our campaigns would achieve that most desirable but elusive quality of advertising: fame. With hindsight, they also map its quicksand and the misplaced creative optimism of the early years of “digital”.

In the 1990s, by dint of being the only market to have imported cars produced under monopoly conditions in Czechoslovakia, Skoda was widely ridiculed in Great Britain, despite having been bought out by the VW group. The brand had become a figure of amusement in British tabloid circles. You can always find the Skoda jokes online.

In our briefing, the client got straight to the point: “We have children crying in our showrooms” – mortified by the prospect of being dropped off at school or picked up from a party in one.

The problem was less one of persuasion at the individual level than that of managing the shared sense of the brand to defuse this antagonism. Something that broadcast advertising can, or could, do quite well.

The resulting campaign portrayed Skoda opponents as people well behind a more general appreciation curve for their new cars, featuring the (new and really pretty good) Fabia under the banner of the thought: “C is a Skoda. Honest.”

Brand sentiment changed overnight, not least because our audience realized that millions more had witnessed the reinvention of Skoda, and being on the wrong side of the argument was now a minority position. .

When Sony asked us to launch its Bravia TV line in 2005, it had lost its luster to Apple and its market share to Samsung and LG. We would be forced to use a new global slogan: Like No Other.

To live up to that end, our Creative Director insisted that Sony had to advertise like no other. His plan ? “We bounce thousands of colored balls downhill and film them. “

Sony Balls was one of the first commercials to be fueled by new media before it reached the “old” one. Shot in San Francisco, our production inevitably caught the eye of one of the most connected communities in the world. The Flickr photo-sharing site was inundated with photos from the event. We took advantage of the free media and the campaign buzz before we spent a dime with any media owner.

The old media (TV) would soon propel Balls into the public consciousness and José Gonzáles into the charts. The ad had to be taken off the air as Sony built a second factory to meet unprecedented demand. It was an accidental playbook that we would soon be implementing more deliberately.

The Cadbury Gorilla has been consistently named Britain’s favorite commercial almost 15 years later. After what is now a long forgotten Salmonella scandal, the creative gauntlet over Dairy Milk was thrown to create an advertisement as pleasing to the eye as the product itself.

The place that resurrected Phil Collins’ career has failed all kinds of research hurdles. Once on air, however, it was enthusiastically shared and remixed on YouTube, both by the public and our own expert seeders: By popular consent, the first mainstream viral ad, seen by 90% of our audience even though we had bought far fewer eyeballs.

At this point in the cycle, it looked like “new media” could spruce up both distribution and engagement with advertising. Commentators predicted a new golden age.

In fact, the reverse has happened. Customer spending in the digital age has migrated towards activation (shaking the sales tree) rather than brand building. By mutual agreement, the creative standards fell. If we talk about advertising today, it is often to ask that we “cut the digital spear”. Ad blockers are frequently downloaded to do just that.

What if digital plumbers had replaced analogue poets? Creative destruction leaves a lot in its wake, and the industry is now on a more predictable scientific basis than on a mercurial creative basis.

But there are several related reasons for not being happy with the evolution of advertising. First, digital media is pushing many brand owners toward an effective short-term harvest of their immediate customer base, and away from the much larger (and more profitable) long-term brand-building returns among the great many. .

In turn, advertising is less appreciated. Research firm Kantar TGI has been following the agreement that “Ads are as good as programs” for almost 40 years. This figure increased throughout the 1980s before peaking at 32% in 1991: evidence to support this golden age.

The popularity of advertising has since declined, and is now languishing in double digits. This despite the claims of digital disruptors for their superior targeting powers and our line of sight removal of “things you don’t care about” ads.

This is important for customers, as ad liking has long been viewed as the primary driver of campaign-level effectiveness. Less appealing advertising means less effective advertising.

But it is also important at a more community level, because another cultural link is unraveled. Not so long ago, a dancing man and a drumming gorilla were part of the national conversation. On the one hand, reward due to creative advertisers; on the other, a happy by-product for all.

Ads like these have renewed the industry’s license to operate at a time when the volume of advertising has multiplied. But confidence in advertising is at an all-time low today, driven by concerns about privacy and commercial bombing.

The ship tilts. It is in the best interests of the advertising industry, brand owners and their audiences to forge their way into a creativity-led branding and building activity.

Laurence Green was co-founder of Fallon London and 101. He is now an independent advisor to creative companies

Inside Marketing is a series presented by dentsu and Irish Times Media Solutions, exploring the issues and opportunities facing the media and marketing world. For more information visit irishtimes.com/insidemarketing