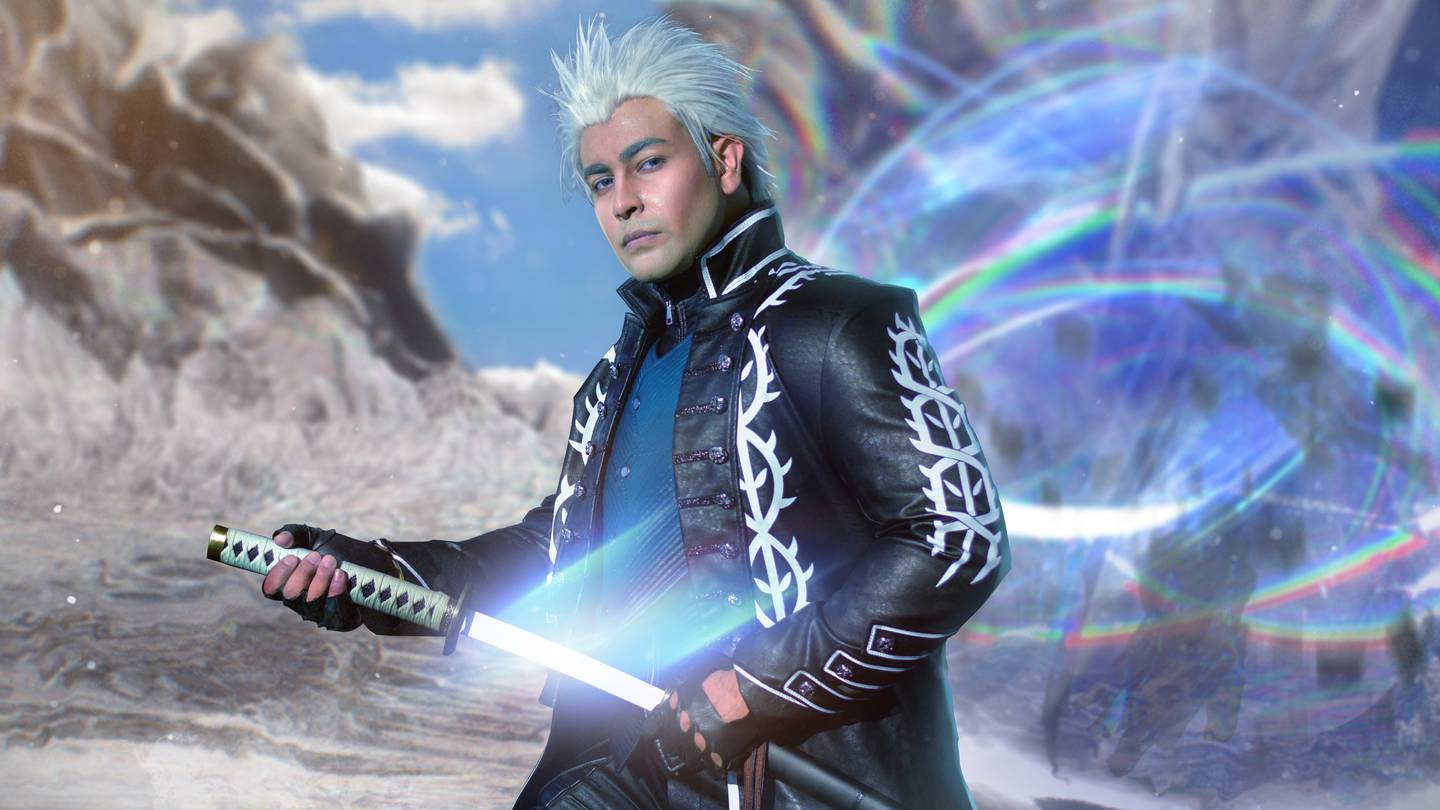 Superman, Shazam, and Black Adam are just a few of the superhero cosplay artists that Dubai-based Saif Zulfiqar and Aeron Costaa have taken on as a hobby project.

The duo, who work as Phantasm Photography Art, use their skills to help cosplayers in the United Arab Emirates. They organize photo shoots and digitally enhance the images. Think of images like DC’s Black Adam with lightning bolts coming out of his chest or x-men‘s Cyclops with lasers beaming from his eyes.

“Initially it was just something we did with our friends and other cosplayers we knew at the time,” Costaa says. The National. “We were just doing it because we were seeing a lot of people having their picture taken at conventions and there was this thought like, ‘Hey, you know what, I have this image in my head and I’d really like to get out- the’.

“Eventually we were encouraged by a lot of people to just start this as an official project.”

While Phantasm Photography Art officially started in late 2019, they’ve been around longer. These days, the pair meet cosplayers at events and help them create a specific vision of what they want the end result of the photo to look like.

Costaa says the photo shoots are the easy part and usually don’t take very long. They can last between 30 seconds and 30 minutes.

“We look at the art placed in front of us and we are able to visualize it as if it were a scene from a movie or a comic book and that is one of our greatest strengths. The post-production part is the area that takes the most time,” says Costaa.

“During shoots, our biggest priority is to make the person we are photographing feel comfortable and in doing so, we have seen this pay off in our images as well as the responses from the community. important that people feel it’s a safe space to express themselves.

Zulfiqar calls it a “dynamic operation” because of the collaborative efforts of all parties involved.

“In general, the editing process takes a long time because we want it to resemble our own vision as much as possible and reach our own level of perfection,” he says. “It could take anywhere from a few days to a few weeks depending on how big or crazy we want to get.”

During post-production, they use a combination of Adobe Lightroom and Photoshop and other tools as needed. While they also have a huge library of assets, effects, and stocks, sometimes they have to get creative on their own.

“Aeron and I are also passionate digital artists. Sometimes when we can’t find what we’re looking for online or in our library, we end up painting our own assets onto the scene. Sometimes it’s props, or it can even be things that are on the cosplayers themselves. We try to make it look very cohesive and appropriate,” says Zulfiqar.

“Honestly, we have the most fun during this stage because we’re playing with different colors, textures and visuals and that’s where all the magic happens.”

The positive feedback from the cosplay community is one of the best responses to their work. What makes this even more special is that both artists are cosplayers themselves. Costaa says he loves the feeling of escaping ordinary life by becoming someone else, even if just for a day, while Zulfiqar loves being able to embody his favorite TV and movie characters. with other like-minded people.

“I feel like a lot of people don’t understand the amount of work that goes into cosplays. I think it’s awesome that people love something so much that they learn new skills, find materials, buy or build these costumes and props themselves just to be that character for a day,” says Zulfiqar.

“It’s raw passion and I think it’s something that people who don’t cosplay might not understand. We’re trying to combat that misunderstanding by trying to shine a light on these amazing individuals and their hard work. .”

A cosplayer dressed as a penguin attends the 2022 San Diego Comic-Con International in California. The pop culture convention ended on July 24. AFP